“When Patricia Delfine was six years old, a wounded bird led her deep into the forest to the Parliament of Birds, where she met the Great Tree and was asked a question that would determine the course of her life. When Laurence Armstead was in grade school, he cobbled together a wristwatch-sized device that could send its wearer two seconds into the future. When Patricia and Laurence first met in high school, they didn’t understand one another at all. But as time went on, they kept bumping into one another’s lives. Now they’re both grown up, and the planet is falling apart around them. Laurence is an engineering genius who’s working with a group that aims to avert catastrophic breakdown through technological intervention into the changing global climate. Patricia is a graduate of Eltisley Maze, the hidden academy for the world’s magically gifted, and works with a small band of other magicians to secretly repair the world’s every-growing ailments. Neither Laurence nor Patricia can keep pace with the speed at which things fall apart. But something bigger than either of them, something begun deep in their childhoods, is determined to bring them together. And will”– 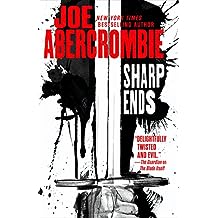