“With the passionate support of most voters and their families, Andrew Jackson broke through the protocols of the Founding generation, defying constitutional and international norms in the name of the “sovereign people.” And yet Jackson’s career was no less about limiting that sovereignty, imposing one kind of law over Americans so that they could inflict his sort of “justice” on non-Americans. Jackson made his name along the Carolina and Tennessee frontiers by representing merchants and creditors and serving governors and judges. At times that meant ejecting white squatters from native lands and returning blacks slaves to native planters. Jackson performed such duties in the name of federal authority and the “law of nations.” Yet he also survived an undeclared war with Cherokee and Creek fighters between 1792 and 1794, raging at the Washington administration’s failure to “avenge the blood” of white colonists who sometimes leaned towards the Spanish Empire rather than the United States. Even under the friendlier presidency of Thomas Jefferson, Jackson chafed at the terms of national loyalty. During the long war in the south and west from 1811 to 1818 he repeatedly brushed aside state and federal restraints on organized violence, citing his deeper obligations to the people’s safety within a terrifying world of hostile empires, lurking warriors, and rebellious slaves. By 1819 white Americans knew him as their “great avenger.” Drawing from recent literatures on Jackson and the early republic and also from new archival sources, Avenging the People portrays him as a peculiar kind of nationalist for a particular form of nation, a grim and principled man whose grim principles made Americans fearsome in some respects and helpless in others”–

Natural Born Heroes: How a Daring Band of Misfits Mastered the Lost Secrets of Strength and Endurance
4/5
(6308) 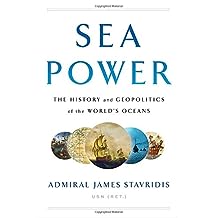