Science fiction icon Connie Willis brilliantly mixes a speculative plot, the wit of Nora Ephron, and the comedic flair of P. G. Wodehouse in Crosstalk–a genre-bending novel that pushes social media, smartphone technology, and twenty-four-hour availability to hilarious and chilling extremes as one young woman abruptly finds herself with way more connectivity than she ever desired. In the not-too-distant future, a simple outpatient procedure to increase empathy between romantic partners has become all the rage. And Briddey Flannigan is delighted when her boyfriend, Trent, suggests undergoing the operation prior to a marriage proposal–to enjoy better emotional connection and a perfect relationship with complete communication and understanding. But things don’t quite work out as planned, and Briddey finds herself connected to someone else entirely–in a way far beyond what she signed up for. It is almost more than she can handle–especially when the stress of managing her all-too-eager-to-communicate-at-all-times family is already burdening her brain. But that’s only the beginning. As things go from bad to worse, she begins to see the dark side of too much information, and to realize that love–and communication–are far more complicated than she ever imagined. Praise for Crosstalk “A rollicking send-up of obsessive cell phone usage in too-near-future America . . . [Connie] Willis’s canny incorporation of scientific lore, and a riotous cast . . . make for an engaging girl-finally-finds-right-boy story that’s unveiled with tact and humor. Willis juxtaposes glimpses of claimed historical telepaths with important reflections about the ubiquity of cell phones and the menace that unscrupulous developers of technology pose to privacy, morality, and emotional stability.”–Publishers Weekly “Think smart phones and social media are threatening privacy? Imagine if you could hear everyone’s thoughts–and they could hear yours. [Willis is] a master of door-slapping, hide-behind-the-furniture farce . . . but mostly it’s a critique of modern society and an unsurprising metaphor for the perils and joys of human connection. In other hands this novel could have been mere cliché, but Willis’ exuberant humor and warmhearted, fast-paced plotting transform it.”–Kirkus Reviews Praise for Connie Willis “A novelist who can plot like Agatha Christie and whose books possess a bounce and stylishness that Preston Sturges might envy.”–The Washington Post “If anyone can be named ‘best science fiction writer of the age,’ it’s Connie Willis.”–Analog “One of America’s finest writers . . . Willis can tell a story so packed with thrills, comedy, drama and a bit of red herring that the result is apt to satisfy the most discriminating, and hungry, reader.”–The Denver Post “Willis can tell a story like no other. . . . One of her specialties is sparkling, rapid-fire dialogue; another, suspenseful plotting; and yet another, dramatic scenes so fierce that they burn like after-images in the reader’s memory.”–The Village Voice “The Best of Connie Willis? Isn’t that like sorting through diamonds?”–Lytherus 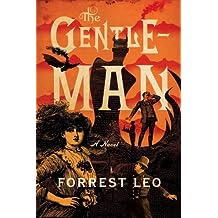 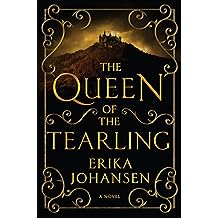