“Tim Blanning, a master of combining the fields of political, economic, social, and intellectual history, is just the writer to bring us both Frederick’s military triumphs–he consolidated a kingdom of scattered territories into one formidable nation–as well as his cultural and political accomplishments. From his long relationship with Voltaire to his musical talent to his patronage of the decorative and fine arts to the reinvigoration of German theater, Frederick infused Prussian culture with the ideas of the Enlightenment and–where it suited him–applied them to his own authoritarian rule. In the influences he took from the past and the ideas he borrowed from the Enlightenment, Frederick was uniquely poised to rule over the total cultural and political transformation of Prussia”–Provided by publisher. 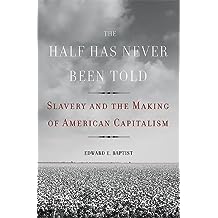 The Apache Wars: The Hunt for Geronimo, the Apache Kid, and the Captive Boy Who Started the Longest War in American History
4/5
(1119)