Laith was powerless not to respond. Their eyes met again, held. He felt an uncontrollable, undeniable pull to this woman and he fought against it. Hard. It was more than just lust. This…feeling…was on another plane all together… DARKNESS AND SECRETS SURROUND HIM His name is Laith. To most, he’s known as the owner of a local pub near Dreagan. But little do his patrons know that beneath his handsome, charming exterior Laith has the heart and soul of a Dragon King-one who wields control by keeping his friends close and his enemies closer. Until a beautiful, mysterious stranger enters the picture, and sets his whole world on fire… SHE IS HIS SALVATION To learn the truth about her dead father, Iona has returned to Scotland only to learn that she’s part of an ancient pact with Dreagan-one that will threaten the fragile peace with the Dragon Kings. Gorgeous, sly Iona isn’t like anyone Laith has ever met before…and she harbors a secret that others would kill to possess. Will she complete him-or destroy him? Passion always comes with a price…in Hot Blooded by Donna Grant. The Dark Kings series is: “Provocative…Loaded with subtle emotions [and] sizzling chemistry.”-RT Book Reviews (4 stars) “Intense…enchanting…[will] grab the reader’s attention and won’t let go.” -Night Owl Reviews (Top Pick) 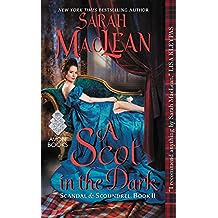