Available for the first time in an American edition, this debut cookbook, from bestselling authors Yotam Ottolenghi and Sami Tamimi of Plenty and Jerusalem, features 140 recipes culled from the popular Ottolenghi restaurants and inspired by the diverse culinary traditions of the Mediterranean. Yotam Ottolenghi’s four restaurants–each a patisserie, deli, restaurant, and bakery rolled into one– are among London’s most popular culinary destinations. Now readers who can’t travel to one of the pristine food shops can re-create its famous dishes at home with recipes like Harissa-Marinated Chicken with Red Grapefruit Salad, and Cauliflower and Cumin Fritters with Lime Yogurt. The recipes reflect the authors’ upbringings in Jerusalem yet also incorporate culinary traditions from California, Italy, and North Africa, among others. Featuring abundant produce, a full chapter devoted to the “mighty eggplant,” and numerous fish and meat dishes, as well as Ottolenghi’s famed cakes and breads, Ottolenghi invites readers into a world of inventive flavors and fresh, vibrant cooking.

Amaro: The Spirited World of Bittersweet, Herbal Liqueurs, with Cocktails, Recipes, and Formulas
4.5/5
(115) 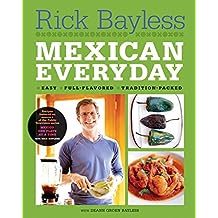