MARTIN CATE is a rum and exotic cocktail expert and the owner of Smuggler’s Cove in San Francisco. Smuggler’s Cove opened in 2009 and has been named one of the World’s 50 Best Bars (Drinks International, 2011, 2012, 2013, 2014, and 2015), 50 Best Bars on Earth (The Sunday Times, London), Top Ten Food and Beverage Concepts of the Last 25 Years (Cheers Magazine), 13 Most Influential Bars of the 21st Century (Liquor.com), and America’s Best Bars (Playboy, 2012 and Esquire, 2013). Martin has been actively involved in the tiki and cocktail community since the late 1990s, and made his passion his profession in 2004 when he started bartending at Trader Vic’s San Francisco before opening Forbidden Island in 2006 and Smuggler’s Cove in 2009. A member of the United States Bartenders Guild (USBG), Martin is also a passionate rum collector, and has visited dozens of rum distilleries around the world. He conducts educational seminars and adjudicates rum and cocktail competitions across the United States, Europe, and the Caribbean. In 2015, along with partners Alex Smith and John Park, Martin opened Whitechapel in San Francisco to bring the same passion for history and craft to the world of gin. He is also the co-owner of Hale Pele in Portland and a partner in Lost Lake in Chicago and False Idol in San Diego. In 1999, REBECCA CATE inadvertently fueled Martin’s madness by famously uttering words (which she thought were a joke) about making a spare bedroom a home tiki bar. Since then, however, she too has been swept up in the tiki fantasia, first as an enthusiast, then helping Martin open and run Smuggler’s Cove, while juggling a full-time career as a research psychologist “on the side.” Rebecca earned her PhD in personality and social psychology from The University of California at Berkeley in 2006, and has spent over a decade leading large-scale studies of behavioral health interventions as well as topics related to retirement and longevity. The opportunity to coauthor this book has allowed what had been just a weekend and vacation escape to turn into a full-time journey. From the Hardcover edition. 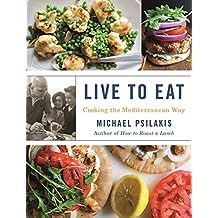