The fascinating story of baseball’s most legendary “Iron Men,” Cal Ripken Jr. and Lou Gehrig, who each achieved the coveted and sometimes confounding record of most consecutive games played When Cal Ripken Jr. began his career with the Baltimore Orioles at age twenty-one, he had no idea he’d beat the historic record of 2,130 games played in a row set by Lou Gehrig, the fabled “Iron Horse” of the New York Yankees. When Ripken beat that record by 502 games, the baseball world was floored. Few feats in sports history have generated more acclaim. But the record that Ripken now owns, quite possibly forever, spawns an array of questions. Was his streak or Gehrig’s the more difficult achievement? Who owned the record before Gehrig? When did someone first think it was a good idea to play in so many games without taking a day off? Through probing research, meticulous analysis, and colorful parallel storytelling, The Streak delves into this impressive but controversial milestone, unraveling Gehrig’s at times unwitting pursuit of that goal and Ripken’s fierce determination to play the game his way, which resulted in his seizing of the record decades later. Along the way Eisenberg dives deep into the history of the record and offers a portrait of the pastime in different eras, going back more than a century. The question looms: Was it harder for Ripken or Gehrig to play every day for so long? The length of seasons, the number of teams in the major leagues, the inclusion of non-white players, travel, technology, and even media are all part of the equation. Larger than all of this, however, is a book that captures the deeply American appreciation–as seen in the sport itself, its players, and its fans–for that workaday mentality and that desire to be there for the game they love, the job they are paid to do.

Undeniable: Evolution and the Science of Creation
4/5
(5077)

The Heart of Everything That Is: The Untold Story of Red Cloud, An American Legend
4/5
(4180) 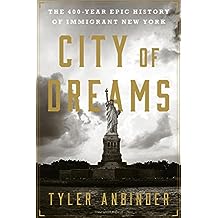